Ever since I was a young child, computers have been an integral part of my life. My identity has been shaped by the internet and all of the fortunes/misfortunes that come with it. Now, I aim to explore whether this relationship between man and machine has affected my personal identity. I ask myself: In what ways do my online and offline identities differ and how has the internet influenced my personality?

Another topic that comes up with having an online and offline identity is whether these identities are really us. While I’m not particularly answering this question in this post, I would like you to keep this in mind and refer back to it every so often.

When it comes to my personal identity, I think of myself as a cynical introverted jokester. Of course there are a few more traits that apply to my identity, but those are rather minute compared to the three main attributes I have. These are my characteristics in general, and I plan to explore them more in depth.

My friends were messaging each other on a group chat about a personality test they took and if it fit them. I decided to follow up and took online Myer-Briggs personality test . My result was ISTP or the “The Virtuoso”  – Introversion, Sensing, Thinking, and Perception. As I read through results of the test, I found that it fits my personality pretty well. While this test doesn’t necessarily explain my online and offline identity, the results of this test matches what I believe my identity is in a general perspective.

“ISTPs love to explore with their hands and their eyes, touching and examining the world around them with cool rationalism and spirited curiosity.” – 16personalities.com

I couldn’t have said it better myself. As a child, and as a teenager, I loved to take things apart to figure out how it works;however, I would usually never put the things back together. As I recall some few years earlier, I was taking apart a combination lock to see how it functioned. I took pliers, a small dike, and some other basic tools from my father’s tool chest and began to break open the lock. What I discovered was nothing like how I imagined it to be. I was expecting a lot of gears and mechanisms in general, but it was really quite simple, as it only contained the locking mechanism and the shackle, along with some other minor things. I didn’t bother prying open the locking mechanism because my mind was already buzzing off with other foolish activities.

“Silence is a true friend that never betrays”

Going back to the introversion aspect of an ISTP, it perfectly fits into my offline identity. Most of the time, I prefer to stay silent and observe the environment around me. However, I don’t mind a conversation once in a while, as we humans are designed to be social animals, but I’m rather content with long moments of solitude. Whether if I am in a classroom or with a group of friends, I tend to speak only if I need to or otherwise. Yet with friends, I do tend to talk a fair bit more because I am more comfortable to speak my mind.

Given that the internet provides people to opportunity to be anonymous, many people will be more expressive. Even though I am anonymous online, I find myself to be the same introverted person 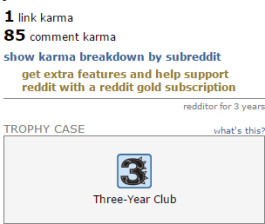 After being a member of Reddit for 3 years, I have a very low amount of karma, which is similar to Facebook “likes”.

due to the fact that I find no reason to participate in online discussions. The picture to the right is a snapshot of my Reddit profile. As you can see, I’ve been a member for 3 years and I’ve only accumulated 85 comment karma. You gain one karma for every comment you post, and people can upvote it to increase your karma. Even though nobody  knows my identity on Reddit, I hardly post there at all.

So far, it seems that my introverted attribute offline and online is similar; however, there is once difference that I’ve noticed. When I talk to my friends online, usually on Skype, I tend to be more expressive. I talk a lot more than I usually do, but I’m not sure why. Maybe it has to deal with the fact that I’m not in a public environment or maybe it’s because I’m more comfortable being on a computer.

Although, reflecting back on my childhood, I used to be a bit more talkative. Maybe it was the computer/internet that turned me into a reserved individual. Or maybe it was just me maturing into my real personality.

I’ve always been a jokester or perhaps a better term would be prankster. Even though I’m a jokester, my pranks are almost always mild. My days of pranking started during elementary school. One day, I decided to pull a long term prank on a close friend of mine. Our elementary school desks were large 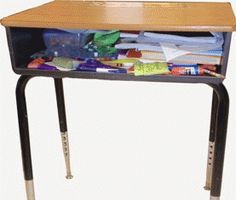 and can contain a lot of school related material, including pencils. So, I hid my friend’s pencil in the back of the desk – for a couple of months. To be honest, I forgot about it until he discovered his pencil and I told him the whole fiasco was a big joke.

While I have some long term pranks, most of my pranks are rather short and sporadic. For example, I would tap the opposite side of my friend’s shoulder just to make them look around. Other times, when they would ask me a question or making a simple remark, I would respond with “Your mom,” which has become my ‘catchphrase’. I only pull these harmless pranks when I’m feeling goofy, so these pranks occur randomly. 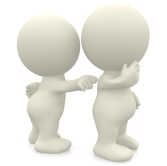 I usually troll/prank my friends when playing multiplayer games. For example, in block building games like Minecraft or Terraria, if my friends went away for a moment, I would encapsulate them in blocks.

Me trapping a villager instead of my friend because he didn’t want to be part of this gif.

If I felt a bit bold, I would set up a complicated trap that would lead into either TNT exploding, or volleying arrow traps.

Although most of my trolling is done in games, I occasionally troll on other platforms as well. A recent example of this is with my English teacher, Michael Larkin. When whole class had to write a focus question for this multimodal paper, I wrote my question followed by a 1000 font size question mark just for fun and because I wanted to troll my teacher. 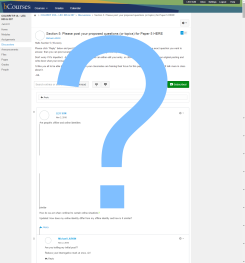 My jokester trait both permeates what I do offline and online. What I do is the same, but the difference is how I execute my pranks. My most of my online pranks happen when my friends aren’t around, while I usually prank them when they’re with me. Even though that’s the only difference, the activity is still the same; therefore, my jokester identity in the real world is similar to my trolling identity within the virtual reality of the internet.

While the internet has provided me with much entertainment and fortunes, it has influenced with the its misfortunes. Since I was exposed to the internet at a young age, I have learned about global/local social and political issues, and with it, how cruel and unforgiving the world can be. The summation of these types of moments have turned me into a cynic. A recent example were the Ferguson riots. After the shooting of Michael Brown and the failed indictment of Officer Wilson, the City of Ferguson erupted in protest and riots. While there was peaceful protest, there was also looting, vandalism, and arson. I was astonished by the masses of people who burned and looted their 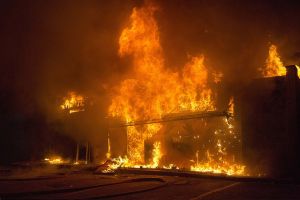 OWN community. These people took advantage of a tragic event and turned it into self gain. It is events like these that make me believe that humans do not make the right decisions.

I began to notice my cynicism more during high school, when I would ponder why a numerous amount students did not give any effort in class. In my senior year of high school, every senior had to take a regular economics class. 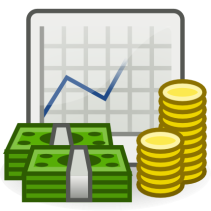 The classroom was separated into 2 sections. The first section, the one I sat in, had people I knew from other classes and the other section were mainly seated by people who I’ve never met before. As the weeks passed by, I would notice that that the latter section hardly put any effort in class. One specific moment was when my teacher asked a question to a student about supply and demand, a topic which we reviewed just a few minutes ago. She asked the student something around the lines of, “What is one of the factors that affects supply?” The student failed to respond to this simple question. I was extremely disappointed that the student could not answer the question because it was so simple, and we had just reviewed what the factors were. Once again, this teen along with the rioters, did not make the right decision. This situation further solidified my cynicism towards people, or perhaps just towards teens.

In all, my online and offline identities seem to be exact. My identity in the real world can be translated to my identity on the computer and internet. I am an introvert in real life and online. I am a jokester in real life and a troll online. My heavy usage the of the computer had a lasting impact on my life. It is possible that my identity was heavily impacted by the internet. It is for certain that my cynicism stemmed from the internet, but my introverted nature may not have. This degree of similarity most likely stems from that fact that I have been using computers ever since I was a child. Without it, my identity will still be the same, but it would be as if I lost half of what makes up my identity.